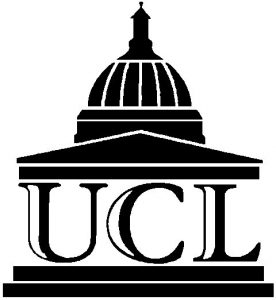 NB: The meeting will start in the evening of July 9th.

CALL FOR PAPERS
We are pleased to announce a call for papers related to Targum and Cognate Studies. We particularly invite paper proposals with a thematic focus on one of two closely related and increasingly topical aspects of the contents and language of the Targums:

The Aramaic dialects within their Late Antique environment;
The development of the Targums within their wider interpretative milieu.

In keeping with former IOTS meetings, we also issue an open call for paper proposals by scholars who wish to present their research on any topic in the field of Targum Studies.

The Aramaic dialects within their Late Antique environment The study of the local influences on the dialect of Onqelos and Jonathan, long considered to represent a direct development of Middle Aramaic, and sometimes held to reflect little to no signs of any specific provenance (Western, Eastern, Central Aramaic), is attracting renewed attention, which warrants the re-opening of the question about these Targums’ dialect and provenance. Moreover, the provenance and integrity of the dialect of the Late Targums remains unsolved. These days their Aramaic is considered a learned, written dialect divested from a vernacular basis, but despite arguments of a considerable Syriac influence, its provenance is as yet unclear.

The development of the Targums within their wider interpretative milieu At the literary and exegetical level, the milieu of composition and transmission raises questions about the meaning of parallels between targumic and non-targumic exegesis. Exactly how does targumic exegesis relate to its rabbinic parallels? What are the differences in terms of contents, context, presentation, and narrative arc? The mere observation that parallels exist does not analyse the relationship at a level that is anywhere near profound enough to be meaningful.

Beyond the old questions of literary dependence, we still need to establish whether targumic exegesis reflects signs of a non-rabbinic, late rabbinic or other specific local environment. In spite of the evidently close connection between targumic and rabbinic exegesis, questions linger about the precise relationship between the Targums and the rabbinic milieu, whether in Roman Palestine, Babylonia or Jewish communities elsewhere, and the wider society in which they took shape and to which they inevitably responded.

The conference will be organized under the auspices of the IOTS by the Institute for Jewish Studies (IJS) at University College London. Hospitality will be available via the IJS at the Tavistock Hotel in Bloomsbury, for £85 a person a night; please contact the IOTS at the address below. To take advantage of this discounted price, early reservations via our organization are recommended. Details to follow.

How to submit paper proposals

Papers should be of twenty-minutes length, allowing ten additional minutes for discussion. All proposals should include title, speaker, academic affiliation, and a short abstract of 200- 250 words. This call for papers will remain open until 31 December 2017. Please send your proposal to: Professor Willem Smelik, Email: willem.smelik@ucl.ac.uk; postal address (until May 1, 2018): 17 Gray Street, #3, Cambridge MA, 02138 USA.